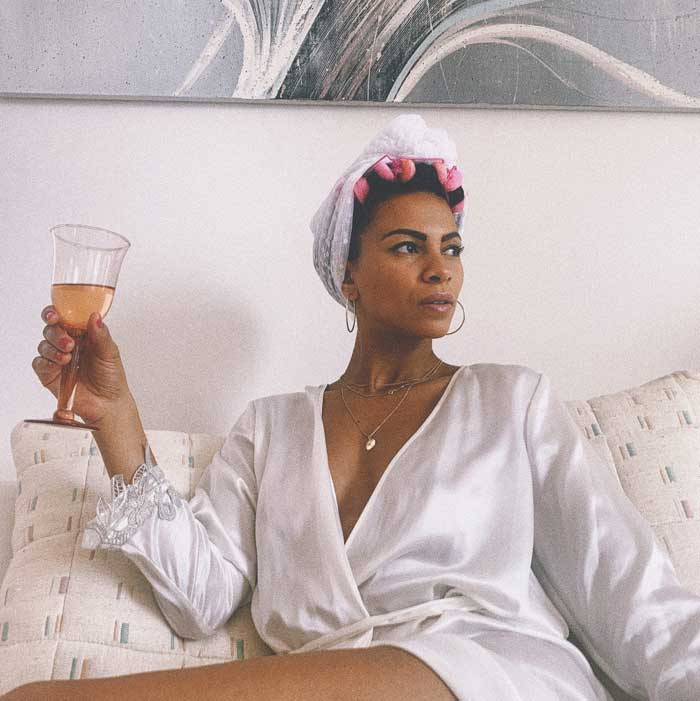 French-Caribbean singer Adeline (pronounced ad-uh-leen) has announced her new Intérimes EP which is set for release on June 12. Fans are treated to the sultry new “Twilight” single today, which she debuted live on CBS This Morning on April 4th. The new track follows the recent release of “Middle” earlier this year, which included a B-side featuring a funky, psych-soul cover of Black Sabbath’s “Planet Caravan”. All three tracks will be on her new Intérimes EP.

“Twilight is about a relationship that’s ending,” says Adeline. “It’s that particularly painful moment when you realize that it’s over. You have nothing left to give and there’s nothing left to say. The twilight is the period from dawn to sunrise or sunset to dusk. It’s the moment of realization that there is a transition coming. It’s saying goodbye to something while saying hello to the next.”

Since leaving her post as lead singer of nu-disco outfit Escort, Adeline is quickly proving herself to be one of the hardest working women in music. A prolific singer, songwriter, and bass player who produces her own music (with co-producer Morgan Wiley), she is “never not working”. With her intoxicating voice, head spinning compositions, funky bass playing and daring personal style, her hypnotic live shows are captivating.

Adeline’s critically acclaimed self-titled debut album garnered praise from Vogue, NPR, Refinery 29, Rolling Stone, The Fader and many others. She has toured globally, sharing the stage with such notables as Anderson .Paak, Lee Fields, Chromeo, Big Freeda and Natalie Prass, as well as making recent appearances at Afropunk, Funk on the Rocks (Red Rocks) and Winter Jazz Fest. When she’s not making and touring her own music, Adeline plays bass in CeeLo Green’s touring band.