6 Orgasm Myths You Should Stop Believing

by Divine Magazine
in Lifestyle
Reading Time: 6 mins read
A A
0 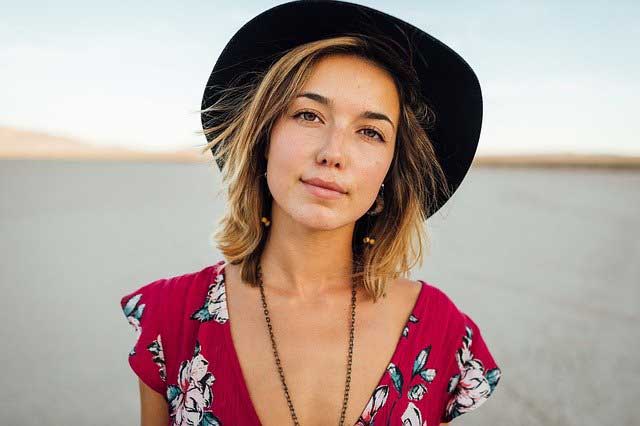 Image by Pexels from Pixabay

The orgasm is something we all chase and desire. As a society, we have progressed quite a lot over the past few years when it comes to sexuality. Unfortunately, however, some myths and misconceptions manage to persist.

There’s a lot of misunderstanding about orgasms, both male and female. These stereotypes and wrong beliefs aren’t just outdated, they can also be quite harmful.

It’s time to educate yourself and stop believing in misconceptions. Here are some of the orgasm myths you need to stop buying right now!

Vaginal Orgasm Is the Only Mature, Valid Form of Female Orgasm

This harmful myth is actually founded in Sigmund Freud’s theories.

According to Freud, clitoral orgasms are a sign of physiological and psychological immaturity. Mature women should be capable of achieving vaginal orgasms. That means penetration alone, clitoral stimulation excluded, should suffice.

Luckily for women across the world, Freud’s theories have been debunked a long time ago.

The percentage of women who can orgasm from penetration alone is fairly small. In a 2015 study, only six percent of women reported that they always orgasmed from vaginal stimulation. Of the women questioned, 40 percent reported orgasming often and 14 percent claimed that they’d never orgasmed through penetration.

Some newer studies even go a step beyond these findings to claim that only 20 percent of women can orgasm from penetration alone. For over 36 percent of women questioned in such surveys, clitoral stimulation is essential for an orgasm to be achieved.

You don’t have to pursue vaginal orgasm if clitoral stimulation is your thing. Getting your clit rubbed during sex or receiving oral from your partner will be much more satisfying. Don’t hesitate to explore such options if they’re the ones to rock your boat.

Partners Should Be Capable of Simultaneous Orgasms

In real life, such synchronicity doesn’t happen all that often.

Simultaneous orgasms are not a realistic goal to have. For most men, it takes fewer minutes of stimulation to climax. Research suggests that the average woman would require about 20 minutes to get there. Hence, simultaneous orgasms aren’t just difficult to achieve, they could be completely impossible.

There’s nothing wrong with a guy pleasuring his partner first and reaching his orgasm next. Many scenarios can be explored that involve climaxes for both people. Synchronicity is definitely not a prerequisite for great, earth-shattering experiences.

You Need to Have an Orgasm Each Time You Have Sex

Both men and women can have moments when they’re too tired, stressed out or simply out of it. The fact that you’re having (great) sex with someone special doesn’t mean you’ll necessarily come in the end.

For most people, sex goes beyond orgasms. It’s a way to connect and bond. The intimacy and the pleasure will be there, even if an orgasm isn’t achieved in the end.

Pushing yourself to climax every single time will simply make that harder. And when you set a goal, you’ll typically find yourself much less capable of enjoying the moment. So, relax and let sex happen. If you have an orgasm – great. If you don’t, that’s also fine.

A Partner Should Be Enough to Make You Come

While sex toy acceptance has definitely increased, it’s still somewhat questionable for couples to use toys.

There’s a very erroneous notion that a partner’s anatomy should be sufficient to get someone orgasming.

In reality, this isn’t always the case.

Needing a toy doesn’t signify your partner isn’t great in bed or you’re not enjoying the experience. Get that notion out of your head and stop feeling guilty about your needs. Bringing sex toys to the bedroom provides excellent opportunities to spice things up and to even bring orgasmic intensities up.

Here’s a shocker for you – men can and do fake orgasms, research suggests.

Since the male orgasm has a physiological expression (ejaculation), many people believe that it cannot be faked. The truth of the matter is different. For many people, it would be nearly impossible to tell if their partner has come genuinely. The gender doesn’t really play a role here.

Some studies suggest that one in four men has faked an orgasm. The reasons for that could be numerous – to get things over with, to please a partner, to avoid a somewhat unpleasant discussion. Guys who suffer from delayed ejaculation could also fake an orgasm at a time they consider “appropriate” for the purpose.

The only way to find out what’s going on is to have an open and honest discussion with a partner about sexual pleasure. Noises and even bodily secretions don’t necessarily mean that a climax has happened. If you feel that something’s missing, do open up about the topic and request some more information.

Which brings us to the last point.

This could be the case if you’re having a one-night stand or you really don’t care about the person. In all other instances, faking it would be the worst thing to do.

How do you expect for sex to get better if your partner is fooled into believing that what they’re doing is enough for you to come?

You’re not being kind or gentle by faking an orgasm.

You’re being superficial and cowardly. Yes, such discussions can be difficult and embarrassing at first. if you overcome the initial hesitation, however, and you open up about your needs, chances are that the sex would become much better in the future.

Someone who loves you or cares about you deeply enough wouldn’t be offended by your inability to orgasm. Rather, they would want to find out what could be done differently the next time around. Try honesty as a more mature and responsible approach towards sexual communication. Chances are that the results will justify the original discomfort.

When you’re drafting the legal documents protecting your assets, you need to know what to look for in a trustee for your living trust to ensure reliability.