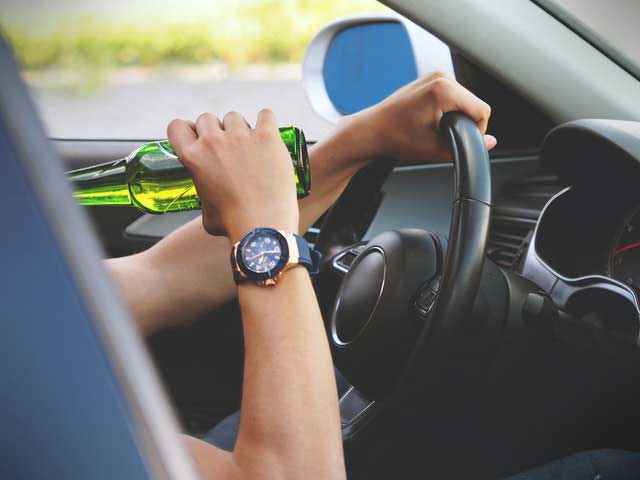 Photo by energepic.com from Pexels

Some people drive drunk regularly. They might be alcoholics or problem drinkers, and they’re used to having a few and getting behind the wheel. Every time they do so, they put their lives and the lives of those around them on the line.

Hopefully, you’re not one of these individuals. If you ever drink alcohol, then you should call a taxi or an Uber to get home. You might rely on public transportation instead.

If you look at a list of the states where the drunkest driving fatalities occur, then you’ll quickly notice that they’re less populated and more rural. For example, in Wyoming, there were recently 7.7 drunk driving deaths per 100,000 residents.

You can certainly speculate about why there seem to be more drunk driving deaths in less populated states. Maybe it’s because drivers there feel like there’s less chance of the police catching them on back roads than in major cities.

In any event, if you live in one of these states, watch out. It seems evident that there are more intoxicated drivers there than other locales.

You should also know that alcohol impacts you even if you don’t drink very much of it. Let’s say that you drink one beer and then decide to drive home from a friend’s house.

Perhaps with one beer in your system, you’re under the legal limit for your state. However, that does not necessarily mean that it’s safe for you to drive.

If you’re ninety pounds, then one beer will hit you a lot harder than if you’re two hundred pounds. Also, if you are drinking on a mostly empty stomach, it will hit you harder too.

Just because you’re technically under the legal limit, you should still think twice about driving if you’ve ingested any alcohol at all. As many state highway campaigns will tell you, buzzed driving can still be deadly.

You Could Face Jail Time

If you decide to drive drunk and injure someone, that could mean jail or prison time. You might feel yourself to be riding high at one moment and on top of the world. Seconds later, you may end someone’s life because you felt in control enough to risk intoxicated driving.

Driving drunk is not “no big deal.” You’ll quickly realize that if you end someone’s life. Think of the hurt that their family will go through, not to mention yours.

The prison system is stuffed with individuals who decided that driving drunk was fine. Take a moment to think when you leave the bar or a party. You may be at a critical life crossroads and not even realize it.

You Can Lose Your License

Even if you don’t injure or kill anyone, you can just as easily wreck your car. That means you’ll be without wheels and stuck taking public transportation.

Also, if the police at the scene ask you if you’ve been drinking, and you tell them you have, then they’ll give you a breathalyzer. If you fail it, then that will probably mean losing your license.

Various states require different things for you to get your license back, but it’s sure to be a huge pain. To avoid that, make smart decisions.

There are other financial results from drunk driving. Most states have drunk driving fines on the books that you’ll have to pay if the police catch you.

In addition to jail time and losing your license, expect the legal fallout to drain your bank account. You must pay the fine, and that could mean selling your valuables or borrowing from your relatives. That’s an embarrassing situation, and one you want to avoid.

Drunk driving seems like an innocuous activity if you do it a lot, and nothing has ever happened to you. You might feel like you’re used to it, and you’re invincible.

Even if you’re an extremely careful driver, though, all it takes is one mistake to send your life into a tailspin. Avoid that by keeping driving and drinking strictly separate.