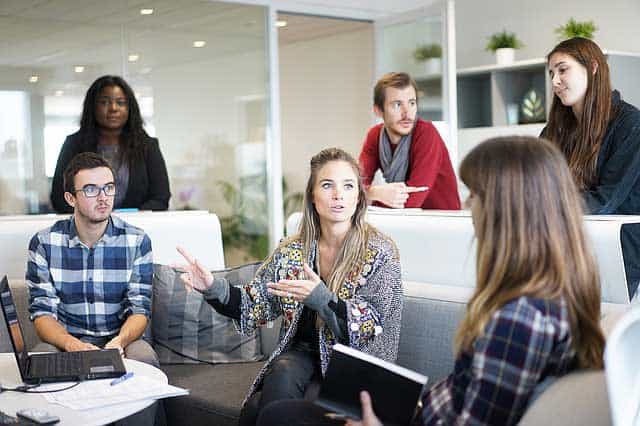 Your work colleagues may be the people you spend the most time with, but that doesn’t necessarily mean you get on with them!

Workplaces can be difficult to navigate, with a lot of conflicting personalities coming into contact on a daily basis. This can be exacerbated when working in particularly high-pressure jobs or scenarios. It is therefore fairly likely at some point that you will have to defuse tension with someone at your work, whether there is an issue between you or another colleague. There are numerous ways you can go about doing this, but given you will likely have to see this colleague every day, going for an overly aggressive or confrontational approach probably is not the thing to do. Here are a few useful and effective ways to manage workplace conflicts.

Accommodate the Other Person’s Ideas

Working on a project or task with another person will inevitably cause some stress, especially if you working on a time-sensitive project. Differences in ideas are inevitable, so it’s not necessarily something you should shy away from. However, if you are working with a lot of different personalities, conflict can arise if people feel like their ideas and opinions are going unrecognized. In particular, if you tend to prefer avoidance as a conflict resolution strategy, more extroverted and headstrong individuals can end up dominating group projects. For example, the Myer-Briggs ESTJ personality is fairly common in high-pressure work environments and is known for being highly driven and single-minded. As such, ESTJ in relationships can sometimes overlook the views of others. In situations where personalities clash, make sure everyone, especially those in conflict, feels as if there are views are being heard and considered along with everybody else’s. If you have one idea that you feel especially strong about, consider trying to incorporate other people’s views into other parts of a task/project that are less strong.

Speak with Your Colleague Privately

If mediating and compromising with someone is not able to quash the conflict without having to deal with it directly, it’s probably time to talk to the colleague you are in conflict with. It is important to do this in private since it allows for everyone to get their points across clearly and prevents any bystanders from getting involved unnecessarily.

Try to make any claims or arguments you feel are relevant in the first person, and also avoid being overly accusatory or confrontational. This will make sure that your colleague doesn’t feel like you are attacking them personally, and instead is actively working to find a resolution.

If you have already tried to defuse a conflict with the person by talking to them privately, it may be time to contact a manager or senior colleague to help find a resolution. If they are an effective leader, they will not try to actively pick sides, but their additional authority can be a valuable tool in finding the best solution. It is generally not a good idea to do this before speaking with them directly, though, since this will likely make your colleague feel victimized, and could potentially exacerbate any conflict.